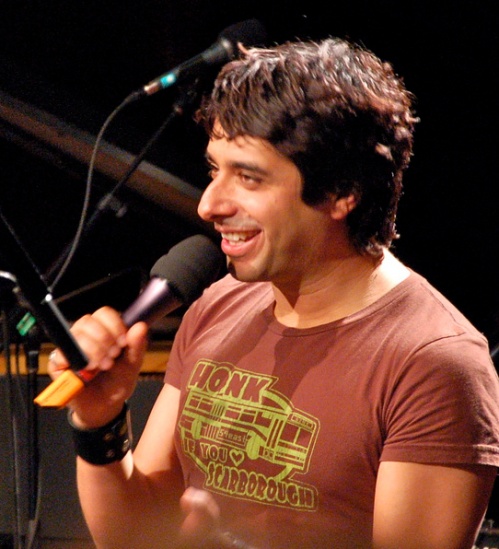 It’s kinda a hot week here in Canada.  Not hot as in temperature, because it’s November.  Hot as in there’s a lot of shit going.

At least in terms of news items that interest me.  No shortage of topics to form an opinion on here.

Last week, a CBC radio host named Jian Ghomeshi was fired from the CBC amid allegations of inappropriate conduct.  The host claims he was fired due to the controversial but “consensual” bedroom behavior that includes some pretty kinky stuff.

The women claimed that it was not consensual and that he assaulted them.

Now, at first, I have to admit I was a bit skeptical of the allegations.  I didn’t outright support Ghomeshi, but I wasn’t sure of the validity of the claims for a few reasons:

1.  Whenever something like this happens to a person in the spotlight, you have to at least consider an ulterior motive by the accuser. Because people are assholes at lot of the time, and will do anything for money and a few minutes in the limelight.

2.  The timing seemed a little strange that all of a sudden 10 years later 3 anonymous complaints came forward via one particular journalist.  Anytime something is exposed in the media, it raises my eyebrow.

3. The behavior that is alleged seemed outrageous.  Ridiculous, bold, and a bit psychopathic actually.

4.  There had been no criminal complaints filed, and until there was a legal investigation, my opinion stayed at “let’s wait and see”.

Now, a week or so later, there have been at least 8 women who have come forward.  A university has indicated that they recommended their inters not apply at the CBC due to inappropriate sexual behavior by Ghomeshi.  Charges have been filed.

It would seem that Jian Ghomeshi is actually an asshole.  An abusive, scary, lying jerk who victimized women and tried to victimize them a second time by using his position as a public figure to intimidate them.

Here’s the thing I don’t get:

And you know what?  To each their own.

So if there are people out there to engage in this type of behavior with, why would someone be so fucking stupid as to punch a chick in the face on the first date?  Why would he try to force himself on a girl on a park bench?  Why would he all but force oral sex on a woman he’d been out with a couple of times?  Especially when you are in the public eye and constantly at risk for exposure?

Was that part of the thrill, Jian?  You’re not actually into rough sex, but you just like to beat the shit out of women?  Does it make you feel powerful?  Does it satisfy some deep inadequacy in your heart?

Or are you just a nut job?

Considering less than 1% of sexual assaults get reported, the odds were in his favour of getting away with it.

Girls.  That’s bullshit.  Take your power back.  Whether your assailant is a friend, a family member, a stranger, your boss, or a public figure.  Take.Your.Power.Back.

If someone wrongs you, make it right.  Be brave.   If you stand up for yourself, the truth will give you power and  others will stand with you.

Your charisma only goes so far.  I think you’re done, dude.

10 Comments to “Done, With Jian Ghomeshi”

For the Love of Light