Sorry That you Punched Me In The Face. Here’s A Bikini Selfie To Make Up For It. 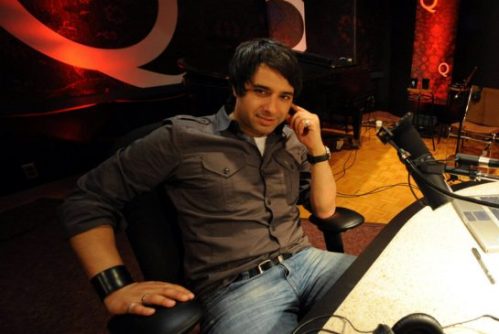 This week the trial concluded for ex musician and CBC radio star, Jian Ghomeshi. You can read a great summary here. He has been charged with assaulting 3 different complainants. Hitting, choking,biting, red fucking flag behaviour on first or second dates.

Unless you’re both kind of kinky.  Which he admittedly is.

Anyway, about a year ago, I wrote this article about it.  As I read through it again this morning, I still agree with most of it.

But here’s my prediction after reading through some of the live Twitter feeds and going through several articles summarizing what happened in court:

I am pretty sure that he is going to get acquitted.  And I am also pretty sure that I agree with that verdict.  The Crown failed miserably to prove beyond a reasonable doubt that he is guilty of what he is accused of.  The defence demonstrated in every single case that the women had lied, changed their stories and omitted truths from the police, the media and the court.  I understand that victims of abuse are traumatized and some of the alleged assaults happened 10 years ago.  But COME ON.  You’re going to forget or think its not relevant that after a dude beat the shit out of you on your first date that you called him up, went on a second date and went back to his place to give him a hand job? Or that you sent him a provocative email telling him you’re thinking about him? With a picture of you in a bikini? That’s not trauma.  That’s desire.  That sounds consensual to me. And maybe that’s all part of the defence lawyer’s plan, but then she did her job.

Now calm your tits.  I still think he’s an asshole.  I still think that his behaviour in the workplace was unacceptable. And I STILL THINK that women should never be afraid to take their power back and report sexual assault.

There has been a lot of activity on line with people screaming about victims rights and the way the victims were treated in court was why women don’t report sexual assault. A lot of time a women’s sexuality goes on trial , but in this case the victims credibility did because they lied over and over again.

Any time a woman is mistreated by a man, they should stand up for themselves.  In the moment.  After the moment.  A decade later. Forever.

But sometimes, is it possible that a woman regrets something that she did because it made her feel dirty?  And on top of that, the man in question doesn’t reciprocate her pursuit after the act?  And then decides that she withdraws her consent after the fact?

Saying yes to that is a slippery slope.  One that makes other victims afraid to come forward. But you can’t convict a man because you want to protect future victims.  And I think that’s what convicting Jian Ghomeshi would be about at this point.  It’s become less about the actual facts in this case, and more about the media circus.  Which would suit Lucy Decoutere just fine as she watches the best role of her life go on with a big bowl of popcorn and a shit eating grin on her face.  ( her idea, not mine)

Here are some thoughts from a friend of mine that sum up the way I feel pretty nicely:

Regarding the trial, despite all the lying and inconsistencies, was the Crown able to prove the absence of consent beyond a reasonable doubt? I personally don’t think so.

Were it not discovered independently, we (the public) would never have heard the actual truth. I think Henein and her team did an incredible job.

I hate how this has all gone down – in terms of…REAL victims of sexual assault. In a way, I think Jian is a victim of fandom.

These women lied and concealed their conduct. And then when they got caught, exclaimed “Oh gee…that’s how victims of assault behave.”

You can’t want Christian Grey then take him to court later.

I thought it would be interesting to hear what y’all are thinking.

What is your prediction for the verdict?  How do you feel about the trial?

Do you think he is guilty of assault, or just guilty of being an asshole?

3 Comments to “Sorry That you Punched Me In The Face. Here’s A Bikini Selfie To Make Up For It.”

For the Love of Light