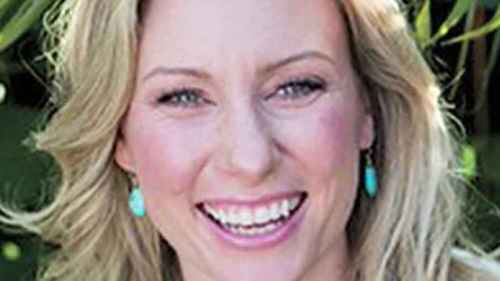 I keep reading all these articles about the Australian woman shot and killed in Minneapolis by police.

And it’s a terrible tragedy.  My heart and condolences go out to the family of Justine Damond.  No parent or spouse or child should ever have to wonder why the fuck a police officer would freak out and shoot their loved one for absolutely no cause.

It’s taken a white woman who had called 911 as a witness to a potential crime getting mistakenly ( or intentionally, who knows) shot by a law enforcement individual sworn to protect her to enrage the community enough that people are losing their jobs.   The Chief of Police has resigned.   People are demanding that the mayor resign.

I guess its a good thing she was white or nobody would give a fuck, eh?

If it had been a black woman it probably would not have even made it in the news, because that fucking happens ALL THE TIME.   We are almost desensitized to it.   Or we make assumptions that she must have reached for a weapon or the officers had reason to fear for their own well being.  They must have been justified somehow.  Or we think that its an honest mistake.

If it had been a black woman we’d just have a bunch of black people from her community holding vigils and protesting.  Grieving their loss and wondering how this could be happening over and over again and then a shit ton of police in riot gear would show up to keep the *peace* that they fucking broke to begin with.

But no.   Thank God for Justine Damond being white.  All it took was for a white woman to be the victim of the very same violence that black citizens have been subject to since forever for the city to be turned upside fucking down. Maybe it opened people’s eyes enough for them to experience the outrage of a human being who has no intention of doing harm getting killed by a trigger happy police force.   Now a white girl got killed so some heads are rolling.   There is an appropriate and much needed reaction happening and real investigations happening into the behaviour and the culture of policing in that city.

Maybe it will be a step in the right direction.

But I’m not holding my breath.

I saw this brilliant piece of art the other day and posted it to my Facebook wall.  And it got me thinking, you know, as shit like this tends to do.

I swear a lot.   It’s worked its way into my vocabulary just as casually as putting on a sweater.  I use the word fuck as an adjective, a noun, a verb, an adverb and pop it into any sentence that needs a little emphasis or colouring.

Now, since I am 100% against assholery, I am able to omit it in certain settings.   I turn it of when working with children or at my bartending job.  But I swear around my own children.  Because its my house and I make the rules here.

I tell my kids that saying “grown up” words is one of those things that you have be a grown up to use.  And that even when you use them, you have to make sure you know your audience.

For example:  Going to a job interview and dropping a couple of f-bombs is probably not in your best interest if you want to land the job.   Colouring a good story with a couple of “fuckins” and “holy shits” at school is probably going to land you in hot water.

But seriously, once you’re a grown up, why does it even fucking matter?   Why is it “profanity”?   Why are people so damn offended by this language?

The world has become an Offend-A-Thon when it comes to petty nonsense like this.   Some Cockbucket decided that swearing is offensive and now we’ve got shit like “no swearing” policies in the workplace.   Seriously?   How about you go and figure out how to do your job and stop monitoring the adjectives coming out of my mouth?   I am 39 years old.   Get a a grip and find something enlightening to share with the world besides your ability to be a completely useless human being.

We live in a place where not everyone has clean running water.   Where women make less money than men for doing the same job with the same qualifications.  Where law enforcement can shoot a man because of assumptions they made due to the colour of his skin.

Where health care isn’t considered a human right.  Where wars rage over oil and religion.  People are starving while some of us throw out extra food.  Children are being exploited and abused.

Shall I go on, or do you get the point?

The point is, FIND SOMETHING ELSE TO BE OFFENDED ABOUT YOU CUNTS.  All this shit going on in the world and some asshole has time to get all worked about the words coming out of my mouth?   Can we please expend our energy into actually making the world a better place rather than worrying about whether I swore at you?

I’ll make you a deal.   I’ll stop using the word Fuck, when someone finds a way to solve all these Fuckworthy problems in the world.   Stop giving me so much shit to swear about and I’ll clean up my mouth.

In the meantime, I will continue to delight you all with my Mouth of Potty.