I Don’t Give Shit If Meryl *Knew* 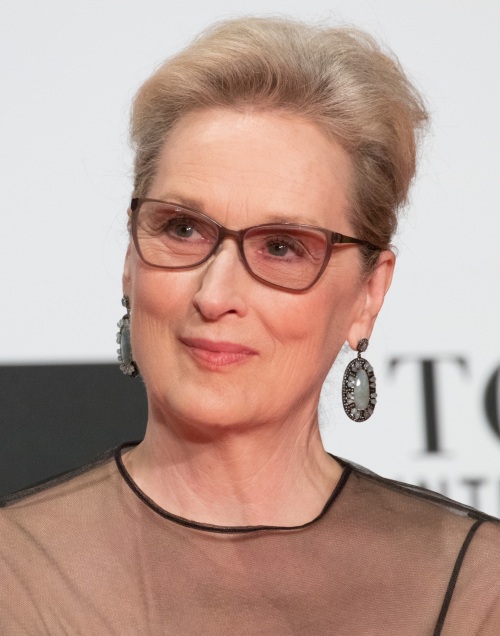 So, yeah.    Why are we all up Meryl Streep’s ass for her claiming she didn’t know that Harvey Weinstein was an abusive piece of shit who bullied women into sexual activity with the threat of demolishing their career hanging over their heads?

I mean, yes.    He’s a dick, but is that Meryl Streep’s fault?    Last time I checked, HW was a super rich movie producer and distributor that must have worked with someone other than Meryl.

But now everyone is pissed of at Meryl because they think she knew about what was going on in Hollywood and didn’t swoop in and say something cleverly Meryl and fix it?

Word on the street is that everyone knew.   Word on the street is that a shit ton of women have been assaulted by HW and only came forward now.  Word is that people kept quiet out of fear and intimidation and a strange culture of accepting things for what they were instead of fighting for what should be.   Word is that is was acceptable for a woman to subject herself to terrible things because it was *necessary* to get anywhere in the misogyny that is Hollywood.

So there are two scenarios, in my mind.   One is that, of course Meryl actually didn’t know what was going on.

Now before you all start screaming *LIES*, think about it for a second.   Meryl Streep is literally Hollywood royalty.  She is probably the most talented actress of a generation, hugely respected, well spoken, out spoken and not in the habit of needing a boost from anyone.   Meryl Streep sells movies. HW did not sexually assault her, because he didn’t dare.   He needed her on his side, because she somehow had become powerful in a sea of dickhead white men ruling the roost with sexist rules and abusive priorities.  She did not experience what any of the women assaulted by him experienced, and it may have given her the privilege of being blind to what was going on.

The other possibilty, is that she DID know, but like everyone else has kept her mouth shut.  In this case, why is it Meryl Streep’s job to jump in and save the world?   Why are we putting this on her shoulders?  Scapegoat much?

And if she DID know, and is lying about it now I’m not sure I blame her.   Regardless of who she appears to be, she is still human, driven by human fears and desires.

Would you have jumped in and started to yell “HW tries trades blow jobs for movie roles!” if you were in her shoes?

We are putting one hell of a responsibility on her.

So yeah.   I don’t actually give a shit whether or not Meryl Streep knew about what was going on ( likely) or didn’t know, or thought something was maybe going on, or is lying about knowing or WHATEVER.   We are not supposed to be in the habit of shifting the heat from the people who should be feeling hot as fucking hell right now.  Why are we focusing on Meryl when we should be focusing our energy on changing a culture where men feel like it is appropriate to sexually intimidate women and women feel like they have to tolerate it?

WE ARE WASTING OUR TIME ON THIS BULLSHIT.  We are wasting our resources turning Meryl into a villain when we already know who the bad guys are.

And by the way, Meryl is not the first actor to claim they didn’t know and express how sorry  they were.  A whole bunch of men did that too….

Maybe we just expected better from her.   But holy shit you guys.    Let’s get the bad guys instead inventing new ones.

This Dieting Thing Can Fuck Right Off

Almost one year ago, I got on the treadmill for the first time.   I decided that I was going to learn to run, with the ultimate goal being a 10km for my 40th birthday.

I didn’t make the 10 km mark.   Lack of training time and consistency driven by too demanding work schedules, children, nagging strain injuries and just plain life got in the way.

BUT, I was running 5km pretty regularly, and at the end of the day I have become a *runner*.  I had accomplished something I was told and believed I would never be able to achieve, and still have my eyes set on that 10km mark.     So yeah, giant “fuck yous” all around to my inner voice and people in a previous life that were quick to judge the short round girl and what she was capable of.

Anyway, I am 100% ok with being fitfat.   You know, someone whose body type is just never going to be sleek and slim and perfect.   I was happy with being curvy and healthy and not having any limitations in my fitness level.   I was super proud to get on the treadmill and gain power by exceeding everyone’s expectations, even my own.

Somehow though, over the course of the past year and a bit, my weight had surprisingly crept up.  I don’t normally get on the scale, but that fucking annual doctor’s appointment sealed my fate.    It wasn’t like I gained a shit ton, but it was enough to irritate me.

And if you know me, I am sorta anti-diet these days.   It makes me feel like shit inside, it make me feel like shit outside.  It brings up all those unhealthy thoughts and behaviors of pseudo eating disorders from my teens and early twenties and I am so tired of attaching anything about my well being or self worth to the number on a goddamn scale.

And still, I thought to myself last month that maybe if I just made an effort to shed about 20 pounds, it would take some stress off the joints that have been giving me trouble, allowing me to run a little longer and a little faster.   I wasn’t doing it for any reason of vanity or worthiness or any of my usual bullshit.

So, I jumped on the wagon.   I am about 12 pounds down but now this week, despite eating cabbage soup and boiled eggs and all the apples that have ever grown on a fucking tree in the universe, the scale is being a right asshole.  And all of a sudden, I am 17 years old again, and all that matters in getting that number down no matter how hungry and miserable it makes me inside.

Why does that happen?

To all the humans out there who see someone who is overweight, or underweight, or imperfect in any way, just remember that everyone is trying to be the best human that they are capable of in the moment.  Dieting is such an ugly habit.    I preach all the time about being beautiful in our diversity, that nobody needs to give a shit about what other people think.   And it’s totally true.

But we all have our kryptonite.

Mine is the scale.   It makes me fell weak, and like a failure no matter what it says.   It’s so annoying.

Find your kryptonite and tell it to fuck right off.   Do yourself that favour.   Whether its an object, or a person, or whatever.  It has no business stealing your power.

You are enough. I am enough.